We submitted a total of 11 bug reports, of which 10 were rejected and 1 was accepted. Due to the terms and conditions of the United Airlines bug bounty program, we are unable to provide technical details.

This discovery qualified for a bounty under the terms of the United Airlines Bug Bounty program. The bounty received was 1,000,000 miles. 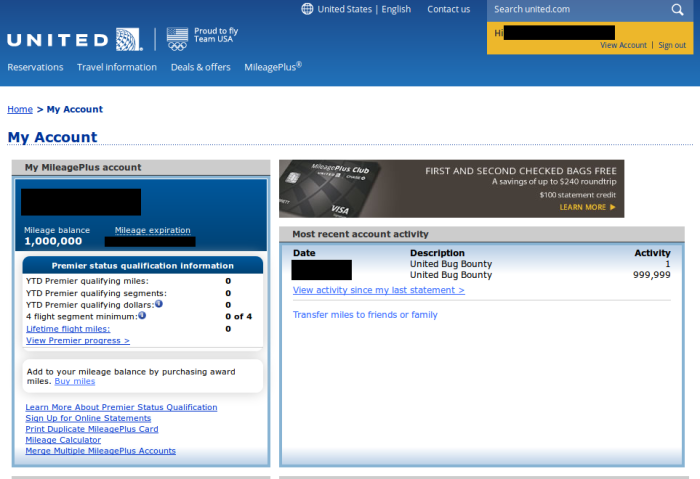 Discovered and advisory written by by Yakov Shafranovich.