We recently ran across an interesting behavior with two-factor authentication in Facebook. There are two methods supported: SMS to a phone and OTP via an app such as Google Authenticator. What is interesting is that when OTP is added as an 2FA method and SMS remains as backup, every login to Facebook still sends an SMS code (even though that method is supposed to be a “backup method” only if the OTP method fails). This is in contrast with other vendors such as Google where only one 2FA method is used at any given time.

The only way to get around this, is to setup OTP as the primary 2FA method and backup codes or a security key as the backup one. If you try to setup SMS as the backup method, it reverts to the behavior described above. 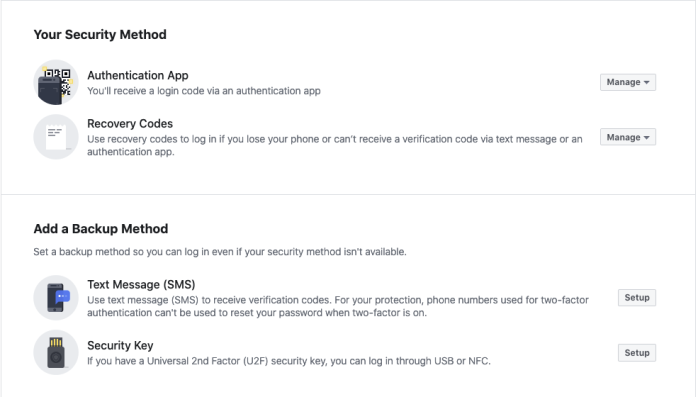